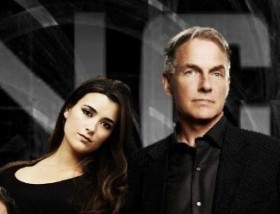 In keeping with the chapter this week, these exercises are all about characters and considering their psychological imperatives. The assignment was to select a male and a female character and figure what makes them tick. Based on my current binge watching of NCIS before bed at night, I have chosen, Leroy Jethro Gibbs and Ziva David. (I seriously considered Abby Shiuto, but I feel like her back story is severely limited and I would be pressed to invent answers to many of these questions. Although that might have been fun, it would have defeated the purpose.)

1. What created the psychological imperatives that drive the two characters? What is the nature of each character’s short term trauma or long term conditioning?

I feel like both of them are driven by a powerful need to do the right thing at all times to compensate for when they have done the “wrong thing” in the past. I quote wrong thing because it all depends on your point of view. Gibbs is still living with the trauma of losing his wife and daughter and the murder he committed in revenge. Ziva was conditioned to put Israel and family first and was forced to kill her brother, Ari to prevent greater disasters. There is an additional emotional imperative driving Ziva which is more complicated. She seems to be desperate to have Gibbs acknowledge her as more than just another member of his team. She needs to be special to him. A replacement father for the one she betrayed by killing Ari.

2. How is the imperative displayed by the characters?

Gibbs has a long list of very specific rules which govern his world. He does not make these rules easily accessible, but instead forces his team to learn by example, thereby justifying his continued necessity in the world. (he has only NCIS). When Gibbs is in the hospital with amnesia, Ziva is the only member of the team who breaks the directors orders to go see him and what she choses to try to get him to remember her is the death of Ari. She is desperate to have her sacrifice appreciated.

3. Assign sociological influences and life experiences that might have affected the characters.

Gibbs is most afraid of losing someone he cares about, again. He therefore insulates himself to care only about those he works with, an interesting proposition because they are both more likely to be lost due to the nature of their work and more likely to survive if he trains them well enough. This creates his need to train them to perfection.

Ziva is afraid she will have to kill someone she knows/cares about again. She is essentially afraid she cannot trust others. As a result she needs the people she perceives as most trust worthy to trust her.

5. Are the characters pursuing what they need or what they want? Explain.

Ziva-doesn’t know what she wants. She operates on a very basic level for the most part. She has pulled in her head like a turtle in response to the traumas she has seen or done and simply lives on autopilot. She admits little in the way of feelings. But she is learning and adapting, which is what she needs to do if she does not want to be a cold assassin her whole life.

Gibbs-pursuing what he wants. He needs therapy to deal with the death of his wife and daughter, and the death sentence he carried out on the perpetrator without the benefit of judge and jury. But therapy would change Gibbs, which would change the show. So let’s be happy he continues to compulsively work and drink to drown his sorrows otherwise who would protect Ziva, Tony, McGee, Abby, Ducky, the navy, the marines, the world at large. 🙂