My family loves a big pan of nacho glop in the winter. It’s warm and heavy and so satisfying on that primordial level. But it’s summer. And it’s HOT. So I attempted to remake the dish in a lighter manner, while keeping the idea intact. The kiddo said I failed. The hubs liked it.

Chop one red onion and one red bell pepper. Saute over low in the fat of your choice, I used Olive Oil, until soft.

Cook until browned. Add one can fire roasted diced tomatoes and one drained and rinsed can of black beans.

I served this with sour cream, guacamole, jalapeño jack cheese, and plantain chips. There’s no guac in the pic because I am super picky about what I put guac on, I serve it for the hubs. 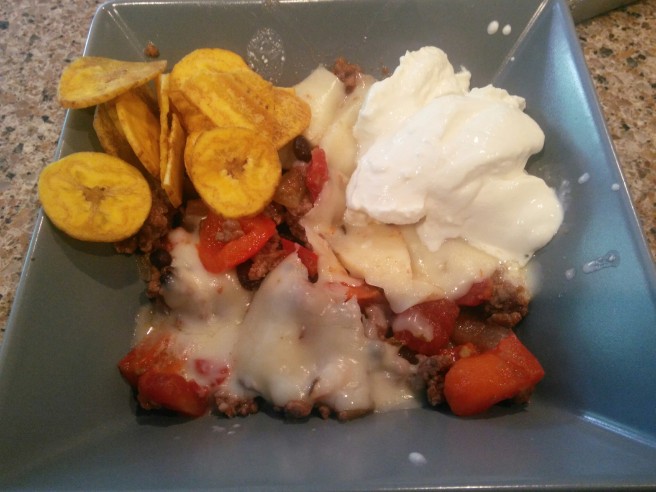