I gotta be honest, the kiddo is a huge distraction but not one I choose to do rather than write. He’s my child, he is a priority. When I think writing distractions I think things I like as much as writing and therefore have to pick which one will get my small amount of available time.

So here, is the biggest competition for my time…. 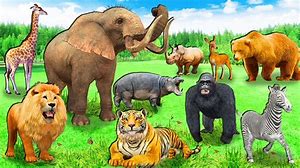 My zoo, which is how I lovingly refer to the teenagers I teach on Mondays. There’s more than 20 of them now, spread over two classes, history and writing. I love teaching them. They are hysterically funny and smart and difficult, all at the same time. They get the best of what’s left over in my time right now.

Greetings and Salutations! As you read this I am on a plane heading somewhere sunny and warm and boy am I ready for it.

My kindle is loaded with all sorts of short story collections as I pick out the material my students will study for the rest of the year. They have picked three genres to focus on: comedy(lord help me), alien sci fi/horror, and medieval fantasy. whew.

I have a sudden flash of understanding why teachers, when I went to school, ruled with an iron fist. It’s dangerous to let the kids have a say. LOL

I’m putting out a bat signal, if you have any shorts laying about that fit those categories, let me know. I’d love to bring some independent author’s work into our class. Widen their horizons.  And if you don’t have anything but know something good, tell me about it.

Good morning! I am not in rainy Washington right now. I am in sunny LA. Ok, yes, the smog feels almost like cloud cover but it’s warm. sigh. Brief moment of sheer pleasure that my summer sundresses are out of hiding and into the sun.

Moving on. I have a confession to make. I went to the first minute write in Monday night before we left on vacation. I’m so weak. I caved. But I must finish editing my spy novel.

Before that first minute write in, I helped my neighbors out with their haunted woods. I was a “coffee zombie.” Basically I lurched around calling fro coffee rather than brains which the adults found hilarious. One mom, on hearing my groans for coffee, shines a light in my face and asks her kid, “does she look like mommy before I have my coffee?” The kid’s eyes got super wide and she nodded all serious. Man kid you are brave. I am in FULL zombie face here. LOL

We’re in SoCal with another family this week, taking the kiddos to Universal for Harry Potter land and Legoland for well everything lego related. This isn’t really what I would call a vacation. But I won’t have to cook or clean for 5 days and a happy kiddo is about the best I can ask for at this age. sigh.

I’ve decided to report on my stated 2016 goals each Wednesday for a little prod of accountability.

– Any time I am not actively working on my 2015 Nano Novel, write 2500 words per week on my spy novel until it is done. (After four years, it’s time to put this mess to bed.)

√ Working my butt off on this. Ready for beta readers in December.

√ Time is flying. I have 6 writers in my Nano class. One of them, is actually going for the full 50K. I am so excited. She has really supportive parents and I think she can actually make it.

– Take better care of my body, ie. stop compulsively painting, crocheting, and writing until my back or shoulder is so tore I can barely use either.

√ Doing good. Although kicking the hubs ass at archery this weekend but a definite crink in my right shoulder. LOL

Greetings and Salutations most fabulous readers. I have done a 180. From the depths of despair to contented productivity. And to ice that cake I just read an article that explained so much to me about me lately. I love this article. It just, perfectly explained me to me. And since it did it better than I could, I’ll link to it here so it can explain me to you.

Moving on: writing. I started edited my spy novel again. Some of my beta feedback is very clear and definitely moving my novel in the direction I want it to go. And that’s really what matters, where I want this novel to go. I still have some on the fence questions. Is the sex too much? Do the spies really have to kill every bad guy they encounter and if they do, does that make them unlikable? Does two G starting names really cause that much of an issue? And what the heck do I rename Gareth if two G names really is a problem? But aside from that, I need to fatten up the second half of my novel. It isn’t even a walking skeleton because it has no tendons or muscles. It’s just a barely articulated skeleton. LOL. I rushed it. I set a hard goal for myself and made it by cutting corners. Gotta fix that.

Taught my first Nano to Publish class at the coop. Got an email from a parent, who was sitting in on the class, the next day. “I don’t know how good a writer you are but you are one hell of a speaker.” Laughing. If I just combine that with the people who say I write just like a talk…that’s one hell of a compliment.

I’ve decided to report on my stated 2016 goals each Wednesday for a little prod of accountability.

– Participate in one flash fiction challenge per month.

√ October just started, I have time still, don’t get all pushy on me now.  LOL

– Prepare and teach “Nano to Publish”.

√ Yep, almost done now. The October meeting will be a wrap up and an intro to Nano for new folks. We are continuing on next year with less emphasis on a time line. The workshops will be more, come as you are and we’ll help you get to the next place. First Saturday of the month, 1130AM-1PM, North Bend Library.

– Any time I am not actively working on my 2015 Nano Novel, write 2500 words per week on my spy novel until it is done. (After four years, it’s time to put this mess to bed.)

√ Rockin and Rollin. Next goal: Ready for readers in 6 weeks. If you want in, let me know.

√ This is going pretty well. Had a student drop my Geo class, but three others turned up to add it. LOL. Nano is a blast. I made my students write a description of a setting in 30 words or less. They were wigging hard. “30 words!! But that’s so little.” Yep. Mwahahahah.

– Take better care of my body, ie. stop compulsively painting, crocheting, and writing until my back or shoulder is so tore I can barely use either.

√ Doing ok on this but my shoulder is still tweaked from all the house painting.