I talked big Friday about what I needed to do this weekend. I was going to write 10 thousand words and crack 40k.

I didn’t do that. What I did do was this:

I hosted a play date for my son with his favorite playmates. I went to an amazing Thanksgiving potluck with my literary family. I laughed my ass off and I wasn’t even drinking. Go ahead ask me about Duck genitalia. I know way more than I wanted to. I beat my husband at ticket to ride, BAD. I taught my son to play 5/10 dominoes and he won his first game ever. I made it home in time for movie night with my family. And I put my son to bed when he needed me.

It was an amazing weekend. One I would do the exact same way all over again if I had the chance. (Maybe I would skip the duck video.)

Time spent writing this weekend: Impossible to quantify. I wrote all over the place.

Scene for the day:

Elizabeth had left the room for a moment when we were ready to change reels. I had no idea how to work the projector so Cooper went over to handle things. I was staring at my notes when I heard the reel clang onto the floor and Cooper emitted a curse word. I rushed to where he was and picked up the reel from the floor, opening the canister and handing him the spool.

I smiled gently. “I suspect it is. Would you like to tell me how you parted ways with rightie?” I hoped a little humor would soothe the situation.

Cooper smiled and his answer was as humorous as my question. “An army doctor came between us.”

I cocked my head, “I hadn’t known you served.”

“I was a QA but I suppose you sussed that out already from my scripts.”

Character of the day: Henry Northrup aka Cooper

The time has come to meet Cooper. He is directing Molly’s second script after rejecting her first one. He is talent, charming, and attractive if missing one appendage. Who needs a right arm when you’re already left handed. 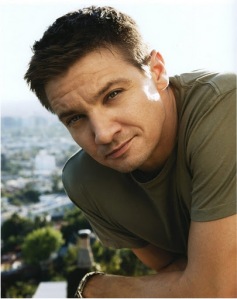 2 thoughts on “One hundred words”