Today was a good, good day. Finishing the research I needed to do gave me scads of new ideas. Not to mention I did find a couple of mistakes which I fixed and that led to new scenes. woohoo. And now I’m ready to take my novel in the right direction.

So I spent the morning with my boys. Got a mild guilt trip from the hubby about how nice it was to spend time with me considering it’s November. Snort. Yes, dear. Let’s just forget about that hour you spent gaming with the kiddo while I made banana bread French toast and green chile egg casserole for your breakfast. (I don’t eat breakfast.)

Then off to a noon write in. 1600 words easy peasy. If I wasn’t behind that would have been awesome. But I am behind, so I toiled on while watching Scooby Doo 2 with the kiddo and dinner bubbled away on the stove without me.

I managed to squeeze in a few more words during shower time and then a few more after getting the kiddo to bed. But now I have painted myself into a complication. Drat. And I need more brain power than I have left to paint my way out.

Writing time: 3 hours at the write in, another 45 minutes to an hour in dribs and drabs once I got home.

But really an extra 500 words a day each day this week and I am golden.

I opened my mouth to greet everyone and only got as far as Good, when Quinn held up a hand while still typing with the other one and growled shhhhhh. Chastised I pulled out my laptop and doctored my coffee with cream. Via pantomime the waitress gestured if I wanted to order and I nodded and pointed to the omelet I ordered every time I came here. She nodded and took the menu away. I could only imagine what she thought of us. A quacking sound came from Quinn’s cell phone and she called, “Time.”
A few clicks later on her laptop and she announced, “Four ninety five. That’s a personal best this year.”
Greg said with a laugh, “It’s only day one. But I got five twenty two, also a personal best for the year.”
Laughter followed by numbers started to pop out of the other writers.
Janne had won the word war by several hundred words and the table groaned at her eight hundred and seventy nine words. She smiled as she dug through the prize bag and oohed over the choices. “I think I’ll take this pencil. I like the little saying. ‘There’s a novel inside this pencil.’”
Greg laughed again, “As if you need another novel.”
Janne laughed with him then turned her attention to me. “Good morning. We just finished a twelve minute word war.”
I couldn’t help but greet her with a smile, “So I gathered.”
I started typing everything that happened so far. Words flew from my finger tips. I suppose it helped when you had been there, done that. I won the second word war but only because Janne couldn’t win twice in one day. I took a little notebook I could carry about and note down my detections in.
By the time people were wrapping up and heading out, I had more than three thousand words. I was thrilled and ready to gather more first hand experience for my novel.
Quinn slipped her arm through mine as we walked out of the Tiger. “So what did you think about your first day of Nano?”
I smiled. “It’s been fun so far. A personal best you might say.” I couldn’t help teasing her a bit.
She gave me her patented frowney-smiley face. Who else could express amusement and displeasure within the same facial expression?
“You know we meet here year round on Friday mornings.”
“I do indeed.” I knew where she was going. But I wasn’t ready for that yet.
Quinn smiled, “Just checking.” 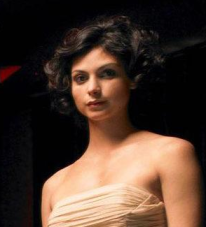 ined to bring Tess back to writing. Does she have faith in Tess’s abilities or is she just passionate about Nanowrimo? I’ll have to keep writing so you can find out. Quinn is a character with an interesting past as well, which may or may not be revealed as the novel goes on, but I know how interesting she is behind the words. She currently owns the Beau Arts Cafe in Wilderness River which hosts many of the writing events Tess uses to get ideas for her investigation.