this of course relieves me from the running the worst wife ever contest. Is that worth a cold? Um, not during nano.

Given my exhausted and verging on ill state I will stick to the facts, just the facts.

Writing time: Hour and fifteen at the Tuesday morning write in. (they were late opening.)

Scene for the day: A little background, Molly is at the weekend shooting party and her mother is forcing her to be sociable, so Molly decided to have some fun. She picks out the method most likely to scare off a bachelor and then employs it. None of them have names yet and I need to do a little research so bear with me.

The attractive “Name later” was sitting at the piano picking out a tune. I slid onto the bench next to him.

“What are you playing?”

“More playing at than actual playing I think but it could have been Take the A Train, Duke Ellington.”

“Has it been some time since you tickled the ivories?” I added as much lilt and giggle as I could to my speech.

Giving me a long look, Name Later closed the lid to the keys. “It’s been some years yes.”

For a moment we locked eyes and I felt a bit of a fool playing games with this man. I decided for now he could keep his real name. “What stopped your playing?” I asked in earnest.

“You served? In what manner?” I was instantly curious to know him better.

His answer gave me a chill. I did not want to play games with this man. I was outclassed, outmanned, and outgunned. The gong for dinner rang before I had to plan an escape.

He’s smarter than Molly and has better skills which he will use to help her make mince meat of the other eligible bachelors. He is the only one worth noting in this crop of over moneyed, over bred, under charming men.

(You couldn’t possibly be surprised at this picture. It was the only choice.) 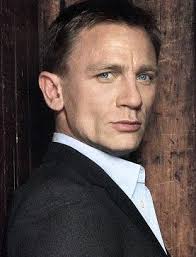